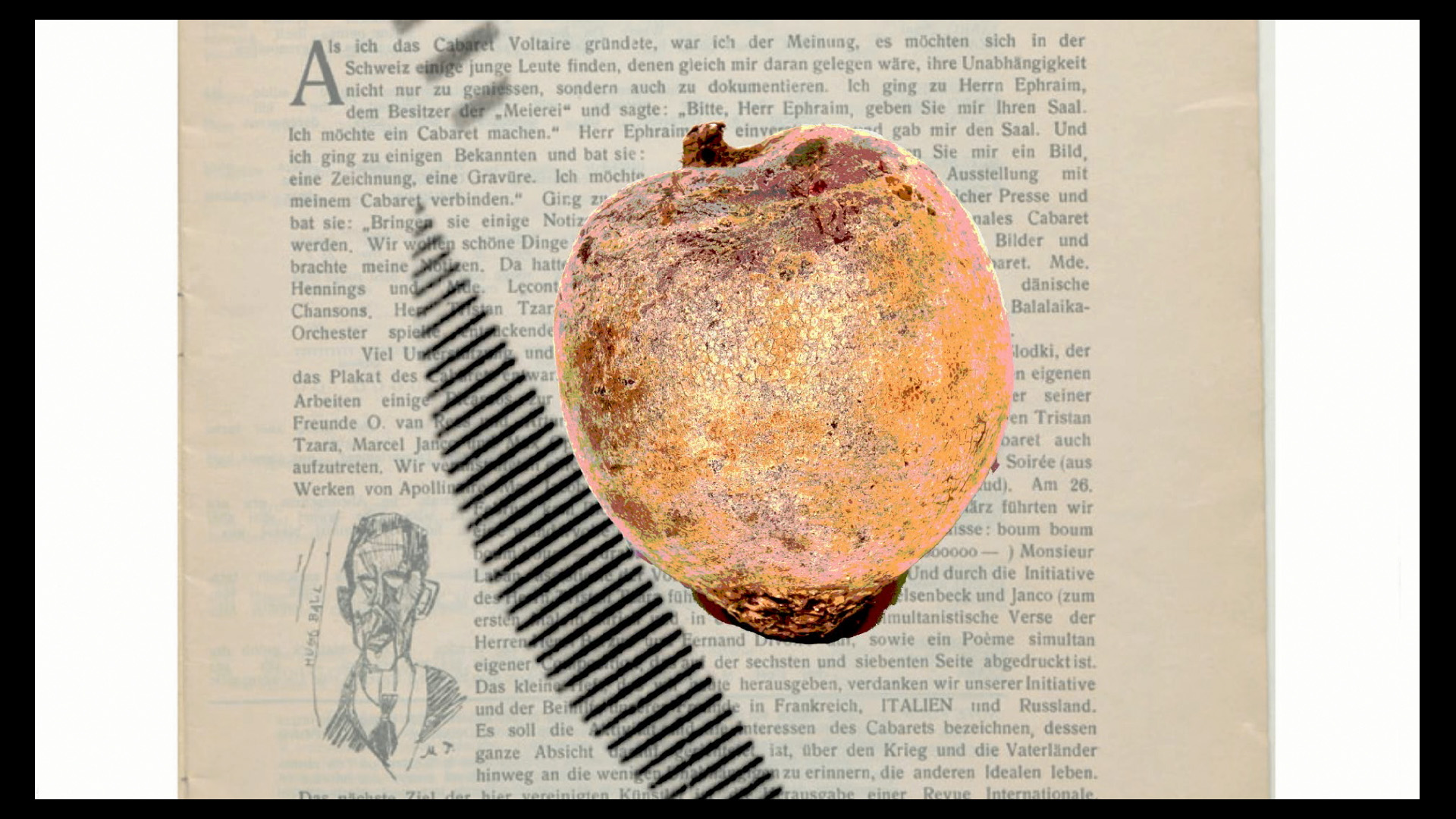 To celebrate the 100 year jubilee of Dada, line_code (aka W3rkH0f media arts) was invited by Dock18, institute for media cultures, to contribute a performance to Die Kleine Dada Soirée on the 15. April 2016 at the Cabaret Voltaire in Zurich, the birthplace of Dada, as well as present as part of the opening of the Re:DaDA exhibition of swissnex, at Pier 17, San Francisco in November 2016 as a Swiss contribution to the DaDA World Fair. (see blog).

Dock18’s Re:Public Domain campaign focuses on copyright and its relationship to public usage rights. Die Kleine Dada Soirée comprised of many acts, all involving some form of Re:Use of an original Dada art work, now free to use in the public domain. A cabaret style format of an evening with many contributors, -with some poetry, some musical, some theatrical or culinary performances.

As the only audio-visual contributor, we chose the stop motion animation short Diagonal-Symphonie, by Viking Eggeling (1924) as a basis of our visual Re:Use.  Viking Eggeling, a long standing friend of many famous Dadaists, is regarded as the grandfather of music videos because of his use of musical structures, timings and light/dark contrasts. Photos of original pages of various Dada magazines, as well as Hugo Ball’s own description of the creation of Dada are also inserted. The lyrics of our Randensonate are in the style of a Dadaist Lautgedicht (sound poem) and in the second half additionally a Simultangedicht (simultaneous poem), listing modern acronyms (politics, economics, technology) and names of fruits and vegetables (including beets!).